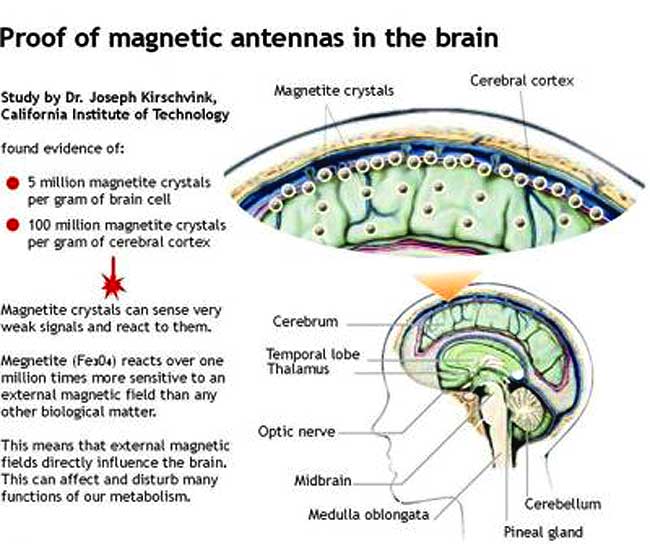 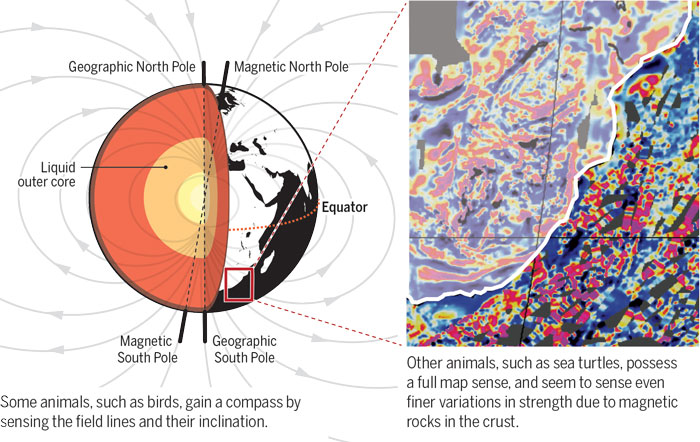 How Do Sharks and Rays Use Electricity to Find Hidden Prey? 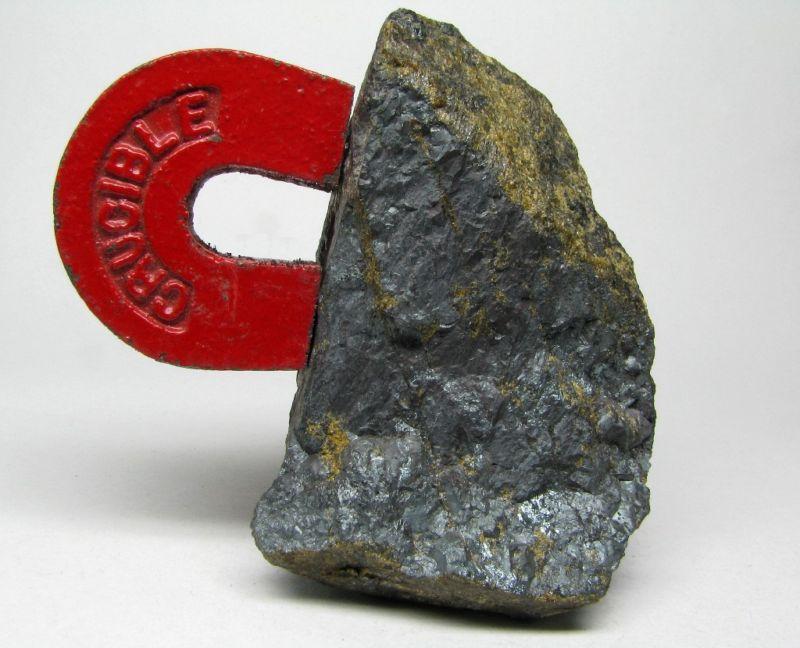 "There is evidence for robust interactions of weak ELF magnetic fields with biological systems. Quite apart from the difficulties attending a proper physical basis for such interactions, an equally daunting question asks why these should even occur, given the apparent lack of comparable signals in the long-term electromagnetic environment. We suggest that the biological basis is likely to be found in the weak (50  nT) daily swing in the geomagnetic field that results from the solar tidal force on free electrons in the upper atmosphere, a remarkably constant effect exactly in phase with the solar diurnal change. Because this magnetic change is locked into the solar-derived everyday diurnal response in living things, one can argue that it acts as a surrogate for the solar variation, and therefore plays a role in chronobiological processes. This implies that weak magnetic field interactions may have a chronodisruptive basis, homologous to the more familiar effects on the biological clock arising from sleep deprivation, phase-shift employment and light at night. It is conceivable that the widespread sensitivity of biological systems to weak ELF magnetic fields is vestigially derived from this diurnal geomagnetic effect."