The French government has moved to outlaw Wi-Fi in nurseries, schools and childcare centres that cater for children under six. The move is offering inspiration to the creators of Li-Fi, a system that uses light to provide internet access.

Wi-Fi has been banned by the French state in an attempt to protect young people from ‘possibly carcinogenic’ effects of the transmissions.

Li-Fi, by contrast, uses visible light from LED luminaires to transmit information and escapes the ban.

"We, the signers, are concerned about our children’s health and development in schools with wireless technology for teaching. A vast amount of scientific studies have shown considerable medical risks with long-term exposure to Radiofrequency Radiation(RFR) from wireless devices and networks well below the recommended reference levels from the International Commission on Non-Ionizing Radiation Protection(ICNIRP).

We ask the authorities to take their responsibility for our children’s future health and wellbeing.

Teton Village, WY - After reviewing new and growing evidence on health risks of wireless radiation, the Maryland State Children’s Environmental Health and Protection Advisory Council (CEHPAC) issued a Report advising the Department of Education to recommend local school districts reduce classroom wireless radiation exposures by providing wired—rather than wireless—internet connections. CEHPAC’s health experts include Governor appointed pediatricians, Maryland State House/Senate appointees and representatives of the Department of Education and Department of Health. The Council cited the recent US National Toxicology Program (NTP) findings of increased rates of rare malignant cancers in animals, as well as children’s unique vulnerability to the radiation. While several countries, such as France, Israel and Cyprus, already have such protective measures in place, this action to issue recommendations to reduce classroom wireless exposures is the first by an expert state body in the United States.

Oliver Chronicle - Tyler is 11 years old and has a recognized disability, EHS (electro hypersensitivity), which means with accumulative and prolonged exposure to microwave radiation from wireless technology, he experiences severe headaches, accompanied with vomiting, extreme fatigue, insomnia and now night terrors. For the past four years he has been shuffling between three different school districts to avoid the mandatory exposure, which school officials have decided is crucial to teach the curriculum.

Around April 2012, Tyler, who was then seven years old and in Grade 2, started coming home with severe headaches that corresponded with increasing fatigue and sleeping difficulties. The first few times Tyler was asked to place his finger where it hurt and he would touch the top of his head. But later, as the headaches increasingly became worse to the point of nausea, Tyler was unable to touch the pain, stating it was in the middle of his head.

After many weeks of taking Advil and Tylenol to alleviate severe pain in his head, we knew something was seriously wrong.  We were discussing the problem with some parents on the school ground and discovered a WiFi router had been installed in the school just weeks before. 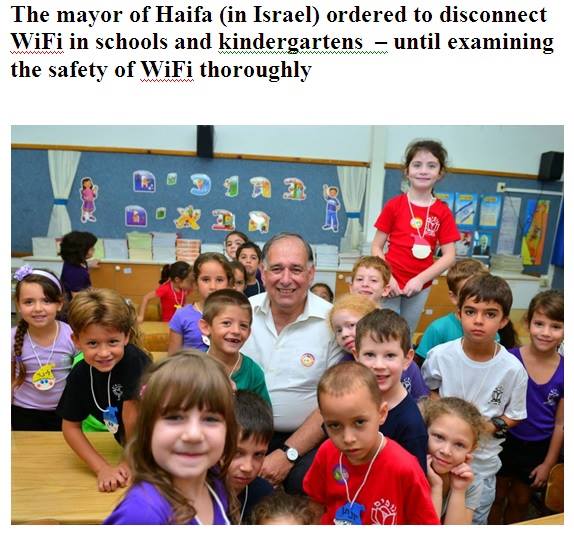 Citaat van de burgemeester: "When there is a doubt, when it comes to our children, there is no doubt" 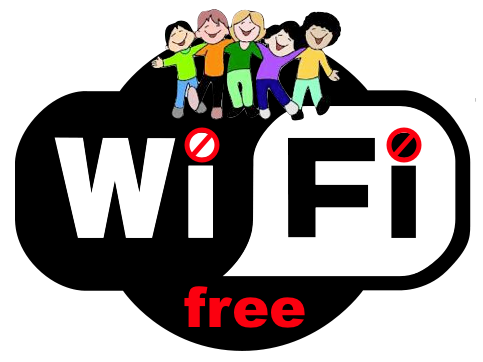 thelocal.it - The mayor of Borgofranco d'Ivrea, a town in Piedmont, has ordered Wi-Fi to be turned off in two schools over health fears.

Mayor Livio Tola told the town's high school and elementary school to return to using cables to connect to the internet after reading that the electromagnetic waves given off by wireless routers were especially harmful to young children.

“It's not that we're against technology, our choice is merely a precautionary measure,” La Stampa reported the mayor as saying. 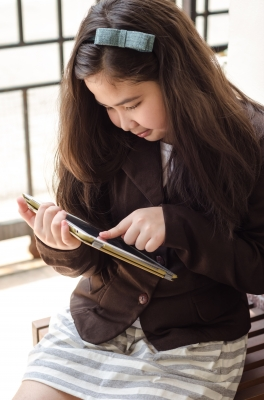 09/22/2015 -- As of this fall, Israel and Italy are officially recommending schools reduce children's exposures to wireless radiation. The Israeli Ministry of Health has initiated a major public awareness effort to reduce wireless and electromagnetic radiation exposures to children. In similar action, the Italian State Parliament of South Tyrol voted to allow the application of the precautionary principle to replace existing wireless networks whenever possible with wired networks or those that emit less radiation.

The Israeli Ministry of Health (MoH) recommendations are published in the Environmental Health in Israel Report 2014 which states that:

Is Wi-Fi making your child ill?

School Ban Phones And Is Praised By Thousands Of Parents. Their Solution Is Spot On.