We propose a biologically based measure of EMF radiation to replace the energy-based “specific absorption rate” (SAR). A wide range of EMF frequencies has been linked to an increased risk of cancer. The SAR value used to measure the EMF dose and set the safety standard in the radiofrequency (RF) range fails as a standard for predicting cancer risk in the ELF power frequency range. Because cancers are believed to arise from mutations in DNA, changes in DNA induced by interaction with EMF could be a better measure of the biologically effective dose in both frequency ranges. The changes can be measured by transcriptional alterations and/or translational changes in specific proteins. Because ionizing radiation also causes DNA damage, a biologically based standard related to stimulation of DNA could apply over a much wider range of the electromagnetic spectrum. A safety standard for exposure to a wide range of non ionizing frequencies can be based on the documented changes in DNA biochemistry that arise from interactions with EMF.

"There is a clear, present and ever-increasing danger to the entire population of our country from exposure to the entire non-ionizing portion of the electromagnetic spectrum. The dangers cannot be overstated because most non-ionizing radiation injuries occur covertly, usually do not become manifest until after latent periods of years, and when they do become manifest, the effects are seldom recognized." 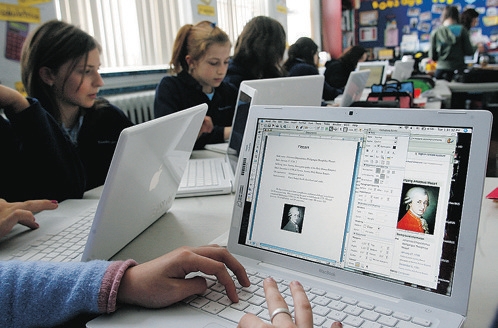 "These findings raise questions about the safety of radiofrequency exposure from Wi-Fi Internet access devices for growing organisms of reproductive age, with a potential effect on both fertility and the integrity of germ cells".

Powerwatch.org.uk - In our opinion, the Institution of Engineering and Technology has issued another well spun and misleading press release stating that "there is no persuasive evidence that normal mobile phone use or adult exposure to pylons and powerlines causes harmful effects such as cancer". Its Biological Effects Policy Advisory Group (BEPAG) says that "the overwhelming majority of the evidence does not indicate that normal exposure to low-level electromagnetic fields has harmful health effects".

However, if you read their full Statement, it reports: "The searches revealed 726 relevant papers in 2010 and 2011 combined, 11% lower than in 2009/2010." ... "An analysis of those papers which contain new experimental data shows that, at electrical power frequencies (50 or 60 Hz), 80% (previously 81%) of the 113 papers report biological effects, whereas at mobile phone frequencies the figure is rather lower, 59% (previously 54%) of 170 papers.... Overall 75% of experimental studies report the detection of field effects, unchanged from 2009/2010." So, in fact, 75% of the peer-reviewed published scientific studies continue to report biological changes following EMF/RF exposure.

BEPAG apparently can't map these onto health effects so they effectively dismiss them and say to the public "carry on as usual, please don't worry your little heads about such matters". They justify this by saying that most studies cannot be replicated. Whilst replication is important, the very fact that, over many years, far more papers are reporting biological effects than not reporting biological effects, actually makes quite a strong case that long-term health effects may result from these exposures.

Dead in the Water

Microwavenews.com - Last night, we came across an item from five years ago under the title "Cell Specific Responses to RF." It highlighted some new research from Finland, which found that cell phone radiation affected the activity of ODC, a biologically important enzyme, in primary, but not secondary, cell lines.

Primary cells are those taken from a live animal while secondary lines, or cultured cells, tend to be bought from a supplier. As the Finnish researchers pointed out, primary lines act more like cells in a live animal. That said, most people use cultured cells because they mulitply in the lab and are more likely to be uniform, and, perhaps most important, they are much easier to get.

At the time, we called the results "startling" because they could help explain why so much of cell biology on RF radiation is contradictory and hard to interpret.

Harvard Law School - On Nov. 3, Dr. Franz Adlkofer, former executive director of the VERUM Foundation for Behavior and Environment, spoke to a Harvard Law School audience as part of the lectures and events series hosted by the Edmond J. Safra Center for Ethics.

In his lecture, "Protection Against Radiation is in Conflict with Science," Adlkofer discussed the difficulties he and other scientists face when presenting research on the carcinogenic effects of electromagnetic fields emanating from cell phones. He also discussed the institutional corruption which he says obstructs their research.

Decision makers need access to the best available science in order to craft policies that protect our health, safety, and environment. Unfortunately, censorship of scientists and the manipulation, distortion, and suppression of scientific information have threatened federal science in recent years.

This problem has sparked much debate, but few have identified the key driver of political interference in federal science: the inappropriate influence of companies with a financial stake in the outcome.

A new UCS report, Heads They Win, Tails We Lose, shows how corporations influence the use of science in federal decision making to serve their own interests. 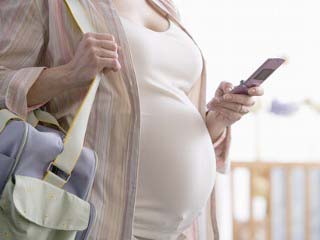 Nature - Neurobehavioral disorders are increasingly prevalent in children, however their etiology is not well understood. An association between prenatal cellular telephone use and hyperactivity in children has been postulated, yet the direct effects of radiofrequency radiation exposure on neurodevelopment remain unknown.

We present the first experimental evidence of neuropathology due to in-utero cellular telephone radiation.

Important regions of the brain necessary for learning, memory and other functions of the mammalian brain were impacted by the microwave radiation, including the hippocampus, cerebellum and frontal lobe, at exposures below the ICNIRP (International Commission on Non-Ionizing Radiation Protection) safety guidelines. A total of 143 proteins in the brain were impacted by the RF radiation over a period of 8 months, providing new evidence for a potential relationship between everyday cell phone use, wireless transmitters and wireless computer equipment and electrosensitivity symptoms, such as headaches, dizziness and sleep disorders, as well as with tumors, Alzheimer's and even metabolic effects.